Toyota Tundra Testing in Australia as a RHD Truck


Toyota is bringing a test fleet of 300 Tundras to Australia to test them for the Australian market as right-hand drive trucks. 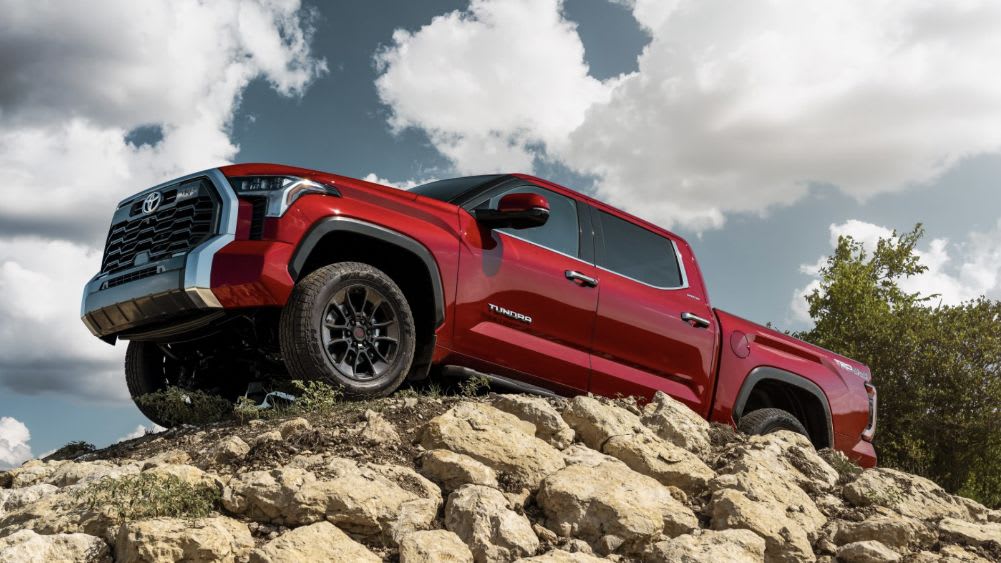 "First time we've ever done something like this": Why the Tundra will be unlike any vehicle Toyota has ever launched here before

Toyota is now embarking on a never-before-done local engineering and testing program designed to ensure the incoming Tundra pickup truck is every bit as ready for Australia as the HiLux or LandCruiser.The Tundra might be a left-hand-drive, American-built
www.carsguide.com.au

Toyota is now embarking on a never-before-done local engineering and testing program designed to ensure the incoming Tundra pickup truck is every bit as ready for Australia as the HiLux or LandCruiser.

The Tundra might be a left-hand-drive, American-built truck, but by the time it lands on a local customer’s driveway, it will be every bit as ready for our conditions as a right-hand-drive HiLux from Thailand or LC300 from Japan.

That’s the word from Toyota in Australia, at least, where the brand’s vice-president of sales and marketing, Sean Hanley, said unprecedented work was being done to ensure the Walkinshaw-converted Tundra met expectations.

“This is the first time we've ever done something like this inside of Toyota Australia”, he told us.

“Walkinshaw are doing (the conversions) for us in Australia, and this is all part of Toyota’s commitment to quality."

The plan, he says, is to unleash a 300-strong beta testing fleet, with the testers themselves being Australian big truck shoppers. The first 300 vehicles in the country will be deployed in this way, with the drivers expected to report back to Toyota on what they like — and what they don’t — about the Tundra experience.

"When the person buys the 301st Tundra, it's going to be perfect. It'll be as good as factory right-hand-drive spec as you can get," Hanley says.

Toyota in Australia suggest this kind of real-world product testing and tuning hasn’t been done before, but says it’s part of its mission to ensure the Tundra is “perfect” for Australia.

“Part of our requirement for customers will be to report to us, to come to forums, to give us access to the vehicles," Hanley says.

"So there are a lot of requirements of the 300. So we have to work around that, because the 300 people will also help. We want them to tell us over the foreseeable, how are they going? How are they performing? Are there any issues we need to know about? “

The Tundra program will begin in the fourth quarter of this year, ahead of an expected full-scale rollout in late 2024. Toyota's most powerful vehicle, the Tundra powered by a 3.5-litre twin-turbo petrol V6 with hybrid assistance, which in US-spec Tundras, pushes out 286kW/650Nm.

The testing program forms the final part of Toyota and Walkinshaw's "full-scale re-engineering project" for the Tundra for our market.

“This is a full-scale re-engineering project that requires everything you’d expect from Toyota to meet our strict requirements for QDR – that being quality, durability and reliability.”