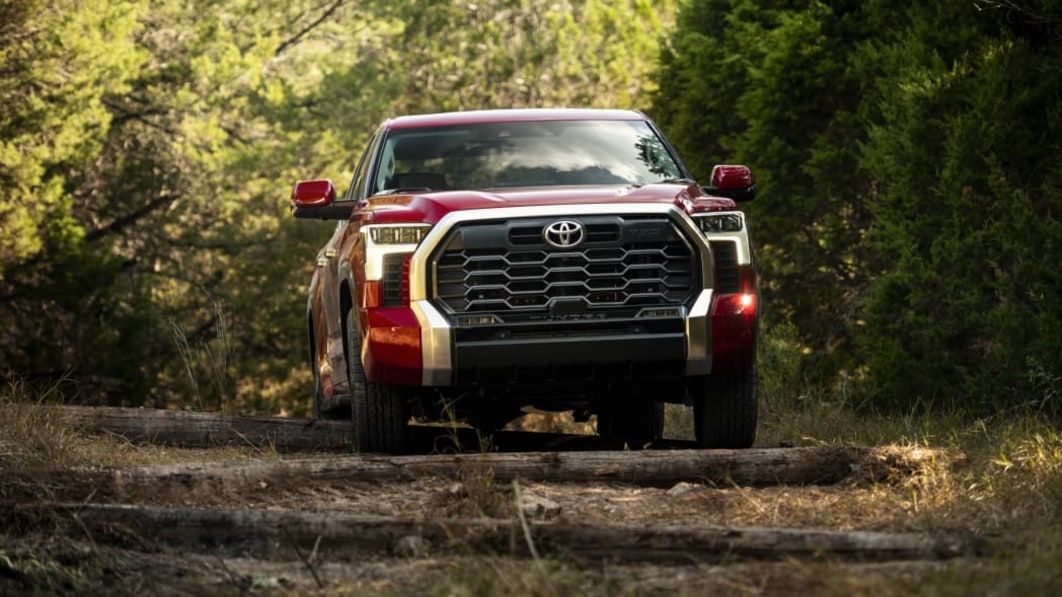 Toyota is recalling its overhauled 2022 Tundra pickup to address a problem with the rear end that can potentially lead to axle separation.

www.autoblog.com
"Toyota is recalling 46,176 examples of its redesigned 2022 Tundra pickup — standard gasoline engine and hybrid alike — to address a potential issue with the rear end that can lead to axle separation. Per Toyota, some Tundras were shipped with rear axles that may have left the factory with flange nuts that were not properly tightened.

"If the vehicle is operated with loosened nuts, the operator may experience vibration, hear an abnormal noise, and/or observe leaking of differential oil," Toyota said. "If an axle shaft sub-assembly completely separates, this can affect vehicle stability and brake performance, increasing the risk of a crash."

The issue pertains only to a fraction of rear axle assemblies that were installed, but Toyota is not able to identify them individually, hence the rather broad recall population. As of March, Toyota had sold just over 22,600 Tundras this year, some of which were likely leftover 2021 models, so presumably the balance of the 46,000 in the recall population have been sold in the second quarter, which hasn't been reported yet. Also, Toyota's recall notice indicated that some of the vehicles being recalled were shipped overseas. The 2022 entered production late last year.

Toyota is in the process of notifying dealers and owners. Notifications should arrive in July."